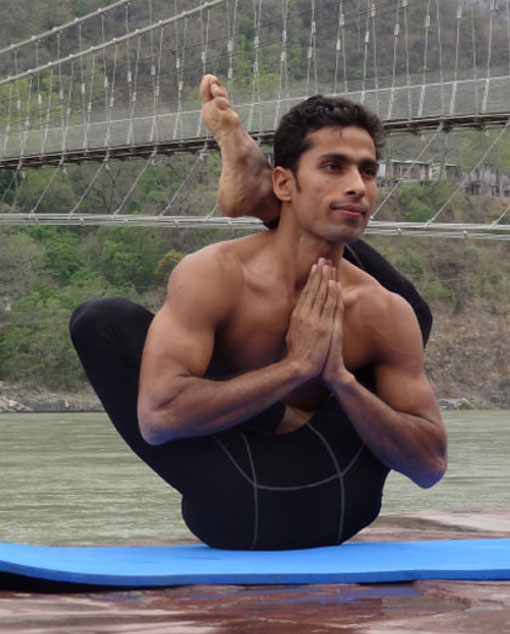 Chandan Sharma is the Co-founder and Managing Director of Flexible Fitness Company. His innate understanding of life and health has become his calling, and he uses his knowledge to contribute towards improving people’s health.For over 14 years now, Chandan Sharma has learned and educated himself about different forms of fitness, such as functional fitness, yoga and therapy. His search for an earnest, devoted teacher helped him realize the very lack of it in our world, and this resulted in him being motivated to become one himself in order to better serve and impact lives.

Belonging to a farming family, my beginnings were very humble. However, it was this same background that contributed to me being very fit ever since my childhood.

In 2004, I actively began my body weight fitness training in Delhi with my brother Gunjan Sharma. Until 2007, though I practiced my fitness training almost every day, I was unsure about what I would do to earn my living. My dream was to make a career in fitness, however there weren’t many options available. I had no finances to work on my fitness skills and start a fitness studio.

At that time, I felt that there were only three options available for me from which I could choose:

In 2008, the global financial crisis struck leading to panic and tension everywhere. Just then, my brother Gunjan told me about the Teacher Training Course (TTC) he was planning to start in. I joined the course in November that year and since then I have never looked back. The TTC transformed me in ways beyond my imagination. I practiced for many hours with my brother and his coaches, learned many new skills and in February 2009 I became a certified Fitness Coach.

My Motivation to Continue

There are 4 reasons that motivate me and keep me going in my fitness journey:

In 2010, many popular newspapers (The Times of India, Hindustan Times, Dainik Jagran) and news channels (NDTV, Lok Sabha) featured my brother Gunjan and I.

In December 2010, IIT Mumbai invited my brother to showcase his Parkour skills as part of their Tech- Fest program that was held in January 2011. Our team accompanied him and our program was very well received.

My brother continued on in Mumbai and began conducting his fitness trainings there. That same year he received an opportunity to work with the famous Bollywood star Salman Khan in a TV commercial. In July 2011, my brother Gunjan planned the second TTC in which I partnered with him as a Master Coach. Much to our happiness, each and every participant successfully completed the course and joined his company as a Fitness Coach.

All of us coaches conduct many fitness workshops and seminars and put in a lot of hard work and effort on a daily basis. We are very happy as our awesome work yields many benefits for us and our students. Our team has featured in many Bollywood movies, TV commercials, newspapers and news channels.

The third TTC was conducted from October 2014 to March 2015 with 10 participants. This was a residential program and the course fee was Rs 5 lakhs per participant.
At the end of the program, all of them not only became fitness coaches but within a year they all achieved tremendous financial success and stability by helping many people improve their health and fitness.

I live in Chandigarh and working as a Fitness Coach and Yoga Therapist. You can learn more about these classes from our website.
To summarize, the advantage of enrolling with me is that my 15 years of fitness experience is condensed and shared with my students in a wholistic manner. This helps them gain independence and become successful in all spheres of life.
A big Thanks to my family and students who supported me and helped me to achieve my dream!